Evening of Sung Prayers – a history, a gratitude, a pause.

Dear Friends, I would like to express a bit about the journey of the ministry of the Evening of Sung Prayers.  It is time for things to come to a pause, a rest after many, many years of steady devotion.  This ministry has been one of the most significant pieces of my life and I’m truly grateful for all who have been part of this with me and for all the memories we share.  I’d like to share a bit about how this all evolved and what is unfolding now as we head into this new year of 2022.

The Evening of Sung Prayers has its roots in a small conversation that happened in in 1998, while living in Atlanta, GA.  A friend of mine handed me a small booklet of songs from the community of Taizé.  I had never heard of Taizé, France, and was not aware of the many small prayer chants arising from this community, led by a man named Brother 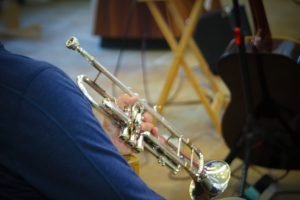 Steve Klassen played trumpet in many services over the years.

Roger.  Brother Roger founded Taizé as an ecumenical place of prayer with the land he inherited, used to harbour Jewish refugees during WWII.  For a time, he had to escape that land himself but he eventually returned and fostered a life of listening, prayer, community, service and music.  Others joined him and eventually Taizé became a pilgrimage site for thousands of people, especially young people in the summer months.  Brother Roger had a vision for small songs to be sung in a repetitive way during evening prayers that would open the heart to prayer, to meditation, to awareness. 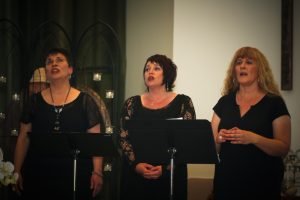 Laurie, Gillian and Jan – three women who sang faithfully in many services.

The book that was handed to m 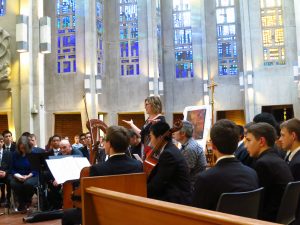 e in 1998 came from this place and was filled with these little chants.  I sat at my piano and began to play these tunes and sing the lyrics.  These songs surprised me by filling my being and waking me up in the night with their powerful truths.  I was asked to lead the local Episcopal church with these songs on a monthly basis for the following three years.  This became a rich experience for me, a time of personal prayer and reflection as well as a space to use my own musical passion to create sacred space for others.

In 2001, my family returned to BC and I was hungry to find spaces for this kind of prayer. I discovered that Highland Community Church in Abbotsford was exploring some of the music of 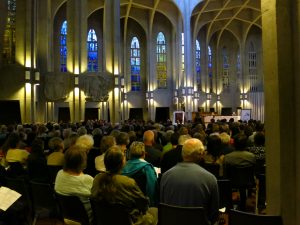 Taizé and I began to attend these nights and help musically where needed.  As much as I loved what was happening at Highland, there was a desire for an ecumenical expression of this kind of prayer, as Brother Roger lived it out.  And so, a partnership with the local Anglican church was formed and services began to be shared between two places.  Around 2007, a conversation with Westminster Abbey, the Benedictine Monastery in Mission, opened up a door for us to create an ecumenical service there once a year, the last Saturday of May.  For the following 16 ye 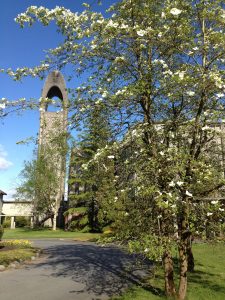 ars, I had the privilege of guiding these beautiful events, the last few y 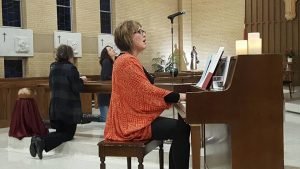 ears with around 400 people attending from all over the Fraser Valley of BC.  My dream of an ecumenical expression seemed to be growing.

In time, services were held at many churches; United, Presbyterian, M.B., Anglican, Lutheran, Catholic and more.  We enjoyed songs from Taizé, Iona, and eventually songs that I began to write.  Many musicians, volunteers, and participants from religious and non-religious backgrounds were part of these evenings.  In 2018, St. Dunstan’s Anglican offered to make their church a stable location for these Evenings of Sung Prayer, partnering with me and the vi 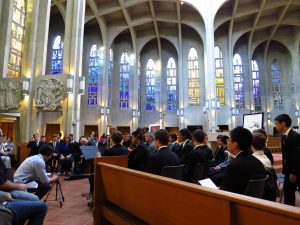 sion to create a safe, ecumenical space of prayer for many.  Every month, Rev. David Taylor and myself worked together; creating prayer stations, music, and sacred space for many who came from Hope, Chilliwack, Maple Ridge, Vancouver, Abbotsford, Langley and Mission. David became a dear partner in this work, tirelessly offering his presence in greeting, blessing and more.

In 2020, Covid hit and we sought to create services on-line as best as we

could.  For two years, we have offered what was possible through on-line events and in-person with distance and masking.  It has been difficult, but the passion to create these evenings has lived in my heart as a fire.

However, this winter, after 25 years of steady service in this area of my life, there is an awareness that I need to pause this ministry.  I’m not sure of what may come, but it is time to have a pause, a rest, a sabbatical from the regular monthly gatherings.  I remember someone telling me over twenty years ago that no ministry lasts much more than a year in the Fraser Valley.  He was cautioning me not to have high hopes that anything I do would last very long.  But this ministry has had a rich, vibrant and long life and we share tremendous memories of song, of prayer, of silence, of beauty, of connection, and of awareness of Presence.  This has been the community for which my song-writing had a purpose and a place to be expressed.  For this and for so much more, I am truly grateful.

I am curious how Love will guide this ecumenical passion – what doors may yet still open.  But for now, we will allow a time of rest, of gratitude, of letting the ground lie fallow. 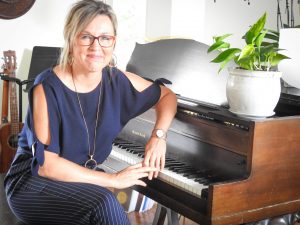